Produced by the Gender Leadership Group – Co-Founded by Ray Arata, Ed Gurowitz, and Dale Thomas Vaughn. Ray Arata is an NWTA Co-Leader. Ed Gurowitz is the Area Steward for the Northern California Community.

A ground-breaking synthesis of the work that we New Warriors do so well – building safe circles and emotional intelligence – with the evolution of corporate leadership for equality; bringing men and women together as partners in creating gender equality and equity in the workplace. The event will feature globally recognized speakers, educators, filmmakers, researchers, activists, and corporate leaders coming together to discuss the future of business and leadership.

If you are a Corporate Executive, a Business Leader, or a man invested in creating gender equality and equity in the workplace – this is a conference where you can bring men’s work and intercultural competence to bear on improving your business. Engage with your team and attend as a group – the event is open to all – men and women from across the country will be in attendance. 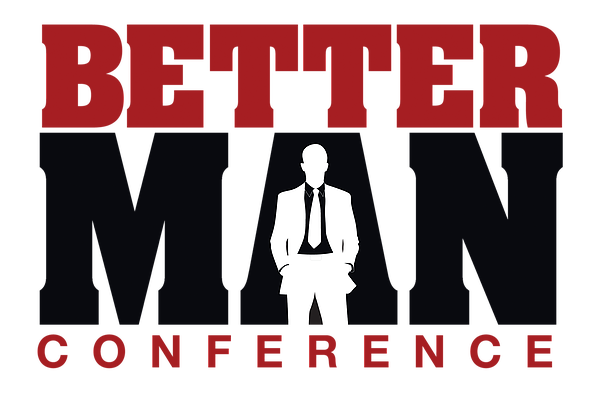 The ManKind Project USA is proud to be a
Breakthrough Sponsor and partner for this event.

Along with: The Representation Project, Genentech, PwC (PricewaterhouseCoopers), The Bay Area Council, WiRL, the 3% Conference, Lean In, the Anita Borg Institute, Hanson Bridgett, and others.

Screening of “The Mask You Live In” with live panel discussion with the Representation Project.

Michael Kimmel – Michael Kimmel is one of the world’s leading experts on men and masculinities. He is Distinguished Professor of Sociology and Gender Studies at Stony Brook University, and founder of the Center for the Study of Men and Masculinities. Among his many books are Manhood in America, Angry White Men, The Politics of Manhood, The Gendered Society, and the bestseller Guyland: The Perilous World Where Boys Become Men. A tireless advocate of engaging men to support gender equality, Michael has lectured at more than 300 colleges, universities, and high schools.

Rachel Thomas – Thomas currently serves as president and board member of LeanIn.Org, a nonprofit organization committed to empowering all women to achieve their ambitions. Under Thomas’ leadership, LeanIn.Org has brought the messages of Facebook COO Sheryl Sandberg’s bestselling book to a global audience and become a destination for women seeking daily inspiration and information. In addition to overseeing the organization’s business operations, Thomas drives the content strategy and technology platform that power a community of more than 25,000 small peer support groups called Lean In Circles in 128 countries.

Don McPherson – College Football Hall of Famer, Director of Sport in Society’s Mentors in Violence Prevention Program, founded by Jackson Katz. McPherson emerged as a national leader and advocate for the prevention of sexual and domestic violence. He has conducted workshops and lectures for more than 250 college campuses, community organizations and national sports and violence prevention organizations. His programs and lectures have reached more than 1 million people.

Frederick Marx – New Warrior Frederick Marx has lived his life mission as a socially dedicated film artist for 35 years. He is an internationally acclaimed, Oscar and Emmy nominated producer/director. He was named a Chicago Tribune Artist of the Year for 1994, a 1995 Guggenheim Fellow, and a recipient of a Robert F. Kennedy Special Achievement Award. His film HOOP DREAMS played in hundreds of theatres nationwide after winning the Audience Award at the Sundance Film Festival and was the first documentary ever chosen to close the New York Film Festivaland. His current work focuses on rites of passage – with an internationally distributed short film and study guides for colleges and grade schools.

Jeffery Tobias Halter – Halter is a TedxSpeaker, Huff Post Contributor and the President of YWomen, a strategic consulting company focused on engaging men in women’s leadership issues. YWomen focuses on driving actionable business plans and strategies to help organizations create Integrated Women’s Leadership Strategies. Jeffery is the former Director of Diversity Strategy for The Coca-Cola Company. He has extensive knowledge of the consumer package goods, retail, food service and hospitality industries. Jeffery is author of two books, WHY WOMEN, The Leadership Imperative to Advancing Women and Engaging Men and Selling to Men, Selling to Women.

Chuck Shelton – Chief Executive Officer at Greatheart Consulting, has honed a unique expertise in engaging and equipping white male executives and the ir diverse colleagues to grow their business through inclusive leadership. This specialty led to his book, Leadership 101 For White Men, and to the groundbreaking White Men’s Leadership Study. Corporate sponsors for that 2012 research included Alcoa, Bank of America, Exelon, Intel, Marsh & McLennan, PepsiCo, PwC, and Walmart Stores. With Betsy Myers, Mr. Shelton is the co-convenor of the Forum on Engaging Men, Advancing Women. Since 1981, Mr. Shelton has spoken, consulted, coached, trained, researched, and written on leadership development and diversity and inclusion globally, through more than 340 presentations and projects.

Jan Hutchins – Hutchins is a renaissance man; a former Mayor of Los Gatos, for 20 years a Bay Area television journalist and celebrity, Emmy Award winning producer, Black Journalism Pioneer, Ritual Elder in the ManKind Project and respected community servant-leader. A Yale graduate (B.A, History), Jan’s career has been focused on creating, and living, transformation. In addition to 20 successful years in traditional media, he’s helped operate businesses in TV production, professional sports (SF Giants), technology (robotics), yoga and wellness (The PleasureStretch Anti-Aging System). Jan is also experienced in public speaking, politics and fundraising. Blessedly married to Olga “Ideamama” Kostrova, he describes his beautiful, brilliant bride as “an angel with a Ukrainian accent”. He and Olga are the co-founders of SocialAgenda Media.

AND MANY MORE. See the web site to learn more about the event. Let’s bring a whole lot of GREAT men to this conversation and keep changing the world for the better.

From the Conference Web Site:

MAXIMIZE THE IMPACT OF YOUR MALE LEADERS

The groundbreaking BETTER MAN CONFERENCE brings together hundreds of men from all levels and industries for leadership training, networking and inspiration. We will help you educate and empower men in your company to become more successful in leading their teams, companies and communities.

RECOGNIZE THE VALUE OF BETTER MEN TO YOUR COMPANY

Involvement in the BETTER MAN CONFERENCE demonstrates your company’s commitment to diversity, inclusion, and the engagement of men to advance gender partnership as well as women in leadership within your corporate culture.

* Rethink how men interact both personally and professionally, how men lead, raise their kids, and how they define success.

* Become part of a growing sustainable community of committed men of action.

* Hear from influential male leaders in the worlds of business, sports, media and entertainment, who are walking the walk as responsible men in the 21st century.

If you’re a man who wants to lead your organization to greater success, wants to set higher standards for yourself and others in relationships at home and work, then the BETTER MAN CONFERENCE is sure to be a career and personal life advancing experience.